The Department of State recently published the visa bulletin for September 2016. Here’s everything that you should know about it.

Anticipate some sort of movement starting after the beginning of the new Fiscal Year this October. Most main changes in this edition of the visa bulletin were related to employment-based categories.

Worldwide, EB-1 remains current, except for applicants from India and China, which both have cutoff dates of January 1, 2010 (this was published in the August Visa Bulletin).

The EB-5 cutoff date remains current, except for applicants from Mainland China, with a cutoff date of February 15, 2014. 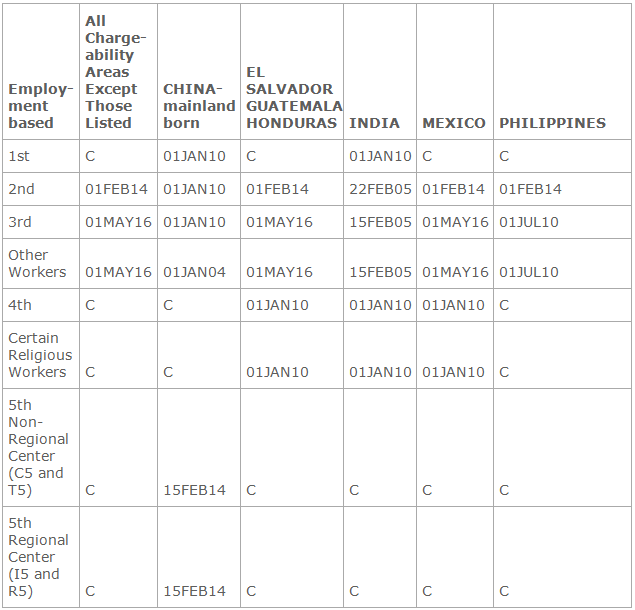